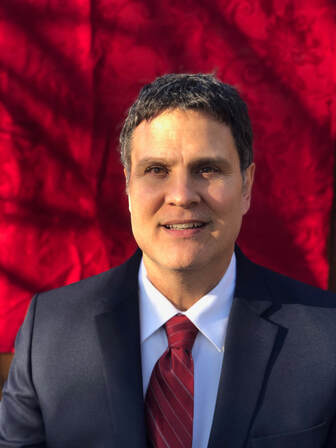 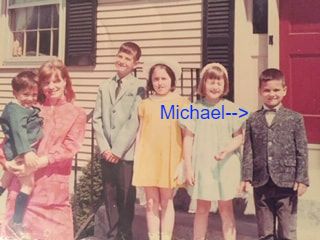 ​​Born in Rhode Island and raised in Connecticut, Michael grew up during the 1960’s and 70’s living the American Dream. 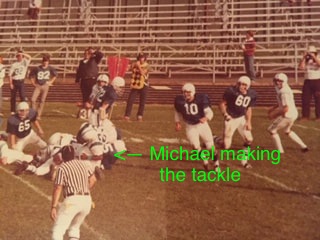 His first passion as a youth was competitive sports: football in the Fall season, wrestling in the Winter season, and lacrosse in the Spring season. 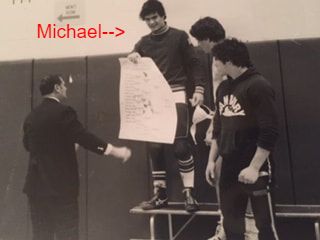 In sports he excelled both as a team player and individual, earning several trophies and medals, “Star of the Week” recognition by the Boston Globe, and Connecticut State “LL” Wrestling Champion as a high school senior. 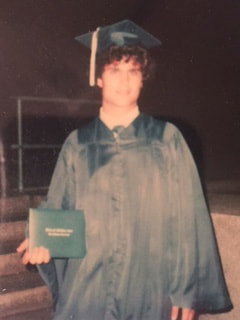 Academically speaking, Michael tutored other students, graduated as an honor student, and was inducted into the Noah Webster chapter of the National Honor Society during his high school senior year. 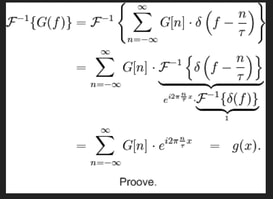 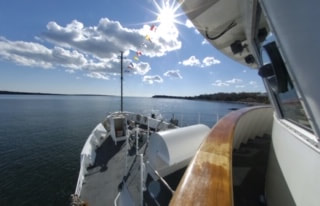 All during his university years Michael worked multiple jobs to pay his own way through undergraduate and graduate school, working part-time for several years as technical assistant to a prominent oceanographer conducting basic research for the Naval Underwater Systems Center of the United States Navy, and teaching college mathematics on a full teaching scholarship in graduate school. 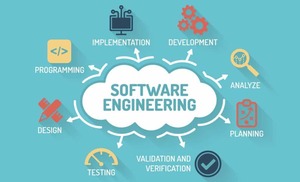 After completing his formal education, Michael began his career in software engineering, starting by developing navigation software for Science Applications International Corporation.  In his 35-year pursuit of professional happiness, Michael worked in various systems specialist positions as software engineer, software architect, management consultant, and systems analyst, travelling throughout the United States and a few cities in Canada, for several companies, including IBM, AT&T, Bellsouth, Kurt Salmon Associates, and Macy’s Systems and Technology.
Nearly two years after starting his professional career, Michael experienced the joys and challenges of marriage and then a few years later fatherhood.  Soon after the birth of his second child, Michael relocated his family to Alpharetta in 1995 to settle down and raise his children. 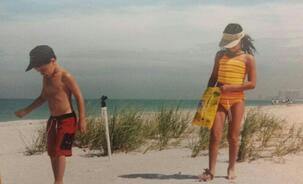 Michael relocated to Roswell in the year 2000 where he eventually learned to appreciate the challenges of raising two teenagers as a single working parent.  ​​ 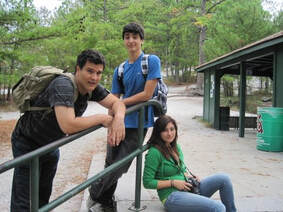 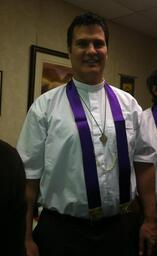 While raising his children, Michael also discovered and pursued his next great passion: spirituality.  In his life-long pursuit of spiritual happiness, Michael has strengthened his faith, becoming ordained as a healing minister in 2012 with the St Thomas Christian Church in Atlanta. ​​
After his youngest child “left the nest” Michael retired early from his systems career to focus his time and energy on his fourth great passion: serving his country.  ​ 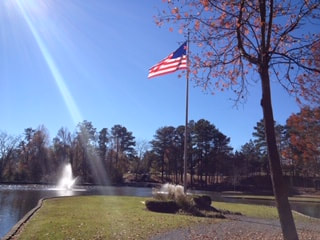 Michael has always been and is a devoted patriot who stands firm for freedom and justice.  Greatly concerned about the rapidly increasing federal overreach soon after the COVID crisis hit, Michael began to study the Georgia Constitution and the Georgia Code in order to understand in legal terms how we Georgians could counter the growing threat of medical tyranny in the United States.  Unable to find any laws in Georgia that secured our natural Right of Medical Freedom, and finding many laws which infringed this Right, in late 2021 Michael wrote a legislative proposal to secure medical freedom in Georgia which has since been well-received by other freedom-loving Georgians as well as by certain state lobbying groups who have agreed to support his proposed legislation.

Eager to share his understanding of the legal authority we have to stop the threat of medical tyranny in the United States of America, Michael started teaching a U.S. Constitution workshop in 2021 to educate Americans who would like to restore the great American Dream of liberty and justice for all.  Furthermore, since it appears that there are not enough freedom loving legislators in the Georgia General Assembly willing to secure our Right of Medical Freedom, Michael has decided to do something constructive about this unfortunate situation... he has decided to run for state legislative office!

Our entire country including the great state of Georgia is in big trouble, and we need many more citizens to answer the call to secure FREEDOM not only for ourselves, but for future generations of Americans.  This is WHY Michael is running for Georgia.  Michael is not a career politician; he is a freedom-loving patriot with the time, talent, courage, and willingness to work hard and smart to secure the blessings of liberty for US and future generations of Americans.
​​If you want your unalienable Rights to be secure, then help Michael Gordon to...

​Make Georgia FREE Again!
I WANT TO LEARN ABOUT THE VISION